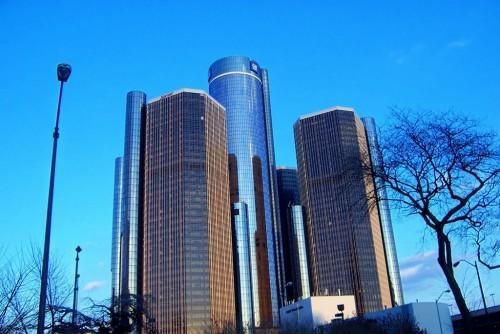 Detroit is the biggest city of the state of Michigan and is renowned to be a port city. The metropolitan area of Detroit consist of nearly 70,000 South Asians who have settled there permanently of the nearly 1.5 million of the Michigan state. Detroit has a population of nearly 5 million in its metropolitan area and thus have a sizeable number off desis. There has been a major change of trend as the population has been shifting to the suburbs in the past decade. It is also one of the bordering cities of US and Canada.  It was founded by the French and founded on 24 July, 1701 after the word strait.

Based on the banks of river Detroit, the city served as a link between Lake Huron and Lake Erie and this is how it gained its historical importance. Before the American civil war it was of great importance due to its access to the Canadian borders and underground rails networks. It has been considered by many as the Paris of the west due to the elaborate architectural structures. Detroit gained importance also because of its water transportation which is a unique experience and shouldn’t be missed by any South Asians who are visiting.

ATTRACTION IN DETROIT FOR DESIS.

Desis have a bountiful number of places to visit in Detroit. Downtown Detroit is a place where the youth can enjoy. The Detroit Institute of Arts is a must visit for every South Asians. Pewabic Pottery Studio is very beautiful and some souvenirs can be bought here. The churches, visit to the banks of Detroit river is a must in the evening to catch the mesmerizing skyline. The Detroit zoo is also visited by the South Asians.

Art and entertainment is what is mostly enjoyed by the south Asians. The South Asian Cultural foundation at Carlton road and other such institutes and organizations are based at Detroit who invite and organize many programmers’ throughout the year. Thus the south Asians would always find some desi hub to visit during the night.  The Electronic Music festival, North American International Auto show etc are the major events which attract many south Asians to visit Detroit. Due to the advanced research and development in designing of automobiles many south Asians are gaining opportunities to work here and thus contributing to the cosmopolitan culture of the city.

Sail boat racing is a major sport event of Detroit which is also enjoyed by desis. Every south Asian household tries to own a boat to enjoy the sea better in the weekends. They also participate in the sport events and it is during this time that Detroit has marked increment in tourist population. The Detroit Indy Grand Prix can’t be forgotten, formula one racing is the major attraction for desis to visit Detroit. The exhibitions of General motors, Ford and Chrysler automotive companies are a huge attraction for desis.